Pokemon GO! has taken the world by storm.

As of this post’s writing (7/13/16) it has only been out for a week, yet I can’t seem to go anywhere without running into it. I was recently doing volunteer work over at UCF, and I had this outside my window. 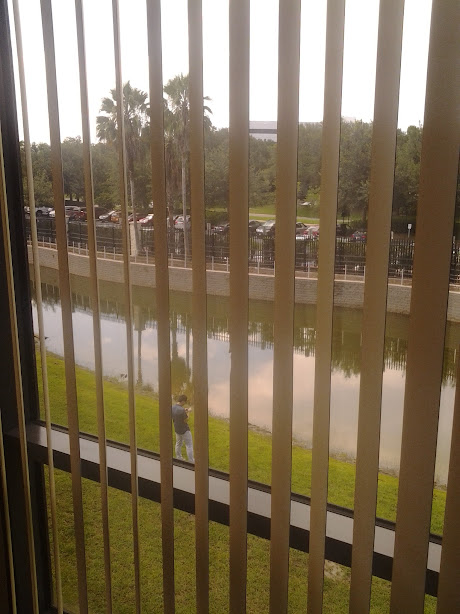 The building I’m in is apparently a Gym. He wasn’t alone, during that one day I saw several students come in and out, all of them holding their phones in front of them. He was the only one to go outside my window though.

Now, I could go on about the issues people have had with it’s privacy system, how often it’s showing up in the news, or the best locations to live in in order to catch the most possible.

But I can’t, even if I wanted to. My non-smart “smartphone” can’t even use the dang app. As such I’m just having to go off of news articles and what I’ve been told by others. Well, I will say it’s worth listening to. Granted, it’s become America’s newest obsession.

In some cases, even universities have had to tell their students to not use the app in-class. …and then there are situations like that above.

I  get it. Finding these digital creatures in the “real” world is rather satisfying. I myself am not really into this series. I’ve played bits of Pokemon Yellow, but it never held my interest for that long. (So much so that I have yet to even clear a gym.)

To everyone else though, use some common sense. Only play it when you can. Watch where you are, what time it is and where you are going. One guy fell into a pond while streaming, and others were robbed at gunpoint from what I’ve heard.

Is it getting people out more? Yes. But are they all paying attention to their surroundings? Not all of them.

Please. Do yourself a favor and watch where you are going. I expect a bunch of people will be going all over town this weekend for the sake of Pokemon Go. Know your limits, and put it away when you need to. Sure, it’s fun and all, but another aspect of it is meeting up with other users IRL. (In real life.) So get out there, and don’t just catch little pixel creatures, but do it with friends, or even complete strangers you may run into.

…now if only the app worked correctly more often,

Or I had a better phone.